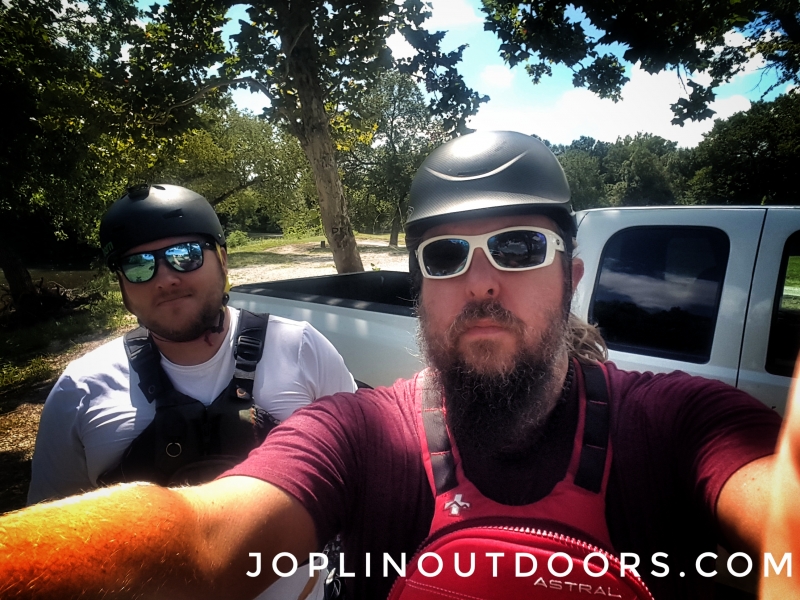 I live to float! Especially if it’s on my Hala Rado paddleboard. My good friend Dylan and I have been trying to meet up for a local float for a few weeks now. For the most part, our work schedules never seem to line up. Then, the one time they finally did, Dylan had to go and twist his ankle. No one wants to paddleboard on a bad ankle.

Today, everything worked out. We both had the day off and finally, Dylan’s ankle was doing well enough so he could float. After I took a good morning nap we decided to meet up for a local short float.

We chose to float Center Creek from the city park to JJ public access. With only three miles of floating, we figured this would be perfect if Dylan’s ankle was to give him problems.  After a quick bite to eat at Subway we shuttled our trucks. Once we made it to the city park to air up the paddleboards we had a bad surprise.  Dylan had used his 12v pump and the plug melted into the cigarette lighter.

With no way to air up the paddleboards, we made a quick run back to my house to grab my pump with battery connectors. Once we grabbed the pump and pumped the boards to 15 psi each we were finally ready to float.

We started at Center Creek park around 3:30 pm. We had spent most of our time just running around getting ready. The water was cooler than the week before, most likely due to the overnight rain. Water also seemed to be about a foot higher. There’s really no way to tell since the water gauge was removed due to lack of government funds. So really we just made an educated guess.

Water was murky and was moving. Most of the way was clear with no hazards. Of course, there are always logs and root balls in the river. Fortunately, everything was easy to avoid. We ended up only stopping once to change batteries in my GoPro 7. After that 15 minute break, we finished all three miles within 1 hour.

The exit was simple; the boat ramp was clear with the exception of a few kids swimming. We backed right up, loaded the boards and we were done.

Always, it seems as if the simple quick floats are the best! Well, I guess I shouldn’t say simple. This definitely took us more time running around and messing up pumps. Oh well.  It is what it is.